There are 3 characteristics of Dyslexia that can be identified through observation of their literacy skills. As you may know, there are brain-based differences between a Dyslexic and a regular person. To simply put, when a person attempts to read, write, or comprehend, the several nodes on the left brain get activated to perform the tasks, but for Dyslexics, only a few nodes on the left brain get activated. As the few nodes may be insufficient to ‘fuel’ the performing of the tasks, the nodes on the right brain get activated to compensate. After all, the nodes on the right brain are meant for other tasks such as creative works, they do not enable effective performance. These differences surfaced the 3 characteristics of Dyslexia. Phonological awareness, verbal memory, and processing speed. 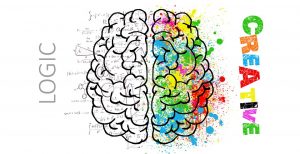 Phonological awareness refers to one’s ability to recognize, discriminate, and manipulate the sounds of a language, regardless of the size of the word unit that is in focus. In language, it refers to one’s degree of sensitivity to any of the sound structures of oral language. The inability to hear and manipulate different units of sound in spoken words such as discriminating differences in speech sounds at various levels. All that includes words, syllables, onset rimes, and phonemes. Let me give you an example, with poor phonological awareness, one may not be able to tell how many words in a spoken sentence there are? How many syllables a word has? They will not be able to tell whether the words rhyme or words that start with the same sound (alliteration).

Verbal memory is the ability to hear or read a word, sentence, or paragraph and then recall it when needed. Due to poor verbal memory, Dyslexics have difficulty remembering right after what the teacher taught. Poor verbal memory hinders their ability to learn different words and build up their vocabulary, as those new knowledge does not get stored very long in their memory. It is common that they may read a book out loud, but they may not know what the content is about, as they are just concentrating to read each word on its own.

An intervention for Dyslexia targets overcoming the characteristics of Dyslexia. It is comprised of teaching Dyslexic learners the techniques to remember words and read fluently. In the long run, practitioners of those techniques will strengthen their brains to manage literacy tasks effectively.

My child has Dyslexia. Should I be worried?

Not just reading for Dyslexia, but get fluent!

Learning difficulties that parents should not ignore